Antony contributed a major chapter to 2004′s Australian best-seller, Not Happy, John! on the Middle East. His best-selling book on the Israel/Palestine conflict, My Israel Question, was released by Melbourne University Publishing in 2006. A new, updated edition was released in 2007 (and reprinted again in 2008). The book was short-listed for the 2007 NSW Premier’s Literary Award. Another fully updated, third edition was published in 2009.

He was a contributor to the 2008 Verso Books release, A Time to Speak Out: On Israel, Zionism and Jewish Identity. His second book, The Blogging Revolution, on the internet in repressive regimes, was released in 2008 by Melbourne University Publishing.

He writes regularly for online magazines New Matilda and Crikey and is a board member of Macquarie University’s Centre for Middle East and North African Studies. He is an Honorary Associate at Macquarie University’s Department of Politics and International Relations. He is the co-founder of advocacy group Independent Australian Jewish Voices and contributed to Amnesty International Australia’s 2008 campaign about Chinese internet repression and the Beijing Olympic Games. Antony appears regularly around the world on radio, TV (including Democracy Now!), in public, writer’s festivals (in Australia and overseas) and at universities (including Harvard) discussing current affairs, politics and media. 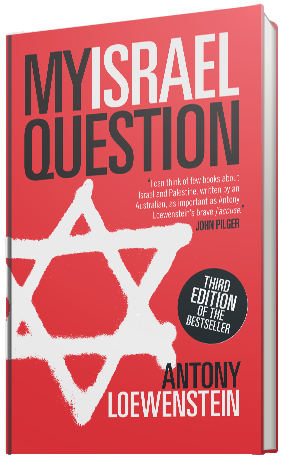